Home » Articles » Tylenol During Pregnancy – Is It Safe?

Tylenol During Pregnancy – Is It Safe?

So, you have a terrible migraine or a backache. And on top of that – a bun in the oven!

What is it that you do next?

Most expecting mothers will reach for Tylenol or some other product containing acetaminophen. Up to 70% of pregnant women in America use this popular medicine to treat pain, fever, and infection.

It has long been viewed as the only pain reliever safe to use while expecting. Most doctors still recommend it to pregnant women as an excellent way to relieve all kinds of aches and pains.

However, is taking tylenol in pregnancy approved? There is a growing amount of scientific evidence showing otherwise.

Here is what you need to know:

What Exactly Is Acetaminophen?

Acetaminophen is also known as paracetamol. It is the main ingredient in Tylenol and over 600 other pain medications.

It is used to treat:

– symptoms of cold and flu,

In America, you can get it in every hospital or drugstore over-the-counter. You can buy it in different forms, such as tablets, capsules, liquids, and suppositories. But there are also other ways to treat a cold during pregnancy.

How come this seemingly harmless drug has suddenly become the future mother’s enemy number one?

The answer is that using tylenol while pregnant has recently been linked to many health issues in babies, such as:

– impulsivity and other behavioral problems,

Here are the results of some of the latest scientific research you need to know about:

Is acetaminophen pregnancy safe? The answer is no.

Taking acetaminophen while expecting is linked to ADHD in children. This was the conclusion of research conducted by a group of scientists in New Zealand in 2014. The researchers looked at health records of more than 64,000 pregnant women in Denmark.

Later on, in 2016, a study that took place in the UK also concluded that tylenol and pregnancy aren’t a great mix. It was then confirmed that exposing children to acetaminophen prenatally led to an increased risk of multiple issues in behavior.

And that’s not all!

Again, a 2017 research led by Israeli scientists showed that prolonged exposure to acetaminophen increases the risk of ADHD in children by 30%.

The journal Pediatrics revealed that the risk of a child having ADHD symptoms increased if the mothers took acetaminophen for more than seven days.

Taking medicine for 29 days or longer doubled the risk.

A few years ago, the University of Edinburgh in the UK conducted a study on mouse pups. The study proved that taking three daily doses of paracetamol throughout seven days caused hormonal changes. The testosterone levels in male mouse pups dropped by 50%.

Similar issues were displayed in female mice offspring. The healthy development of reproductive organs was disrupted. Therefore, the offspring produced fewer eggs and had smaller ovaries.

But it gets even worse!

Fertility problems were passed on to the next generation of mice, even when there was no more exposure to medicine.

Rodents and humans have very similar body plans. Also, they suffer from the same diseases. It is safe to assume that human children experience the same consequences as mouse pups.

In 2018, a new study was published in the journal European Psychiatry. The data showed that paracetamol could cause language delay in children.

The follow-up study showed that by the age of 3, 10% of these children had a language delay. This means that they used fewer than 50 words.

If more than six tablets were taken during early pregnancy, the risk of language delay increased almost six times.

So, can you take tylenol while pregnant? Here’s another study that shows this might not be a good idea after all.

A study in Norway that examined the data from 114,500 children in Norway found a link between asthma in children and paracetamol. 6% of children whose moms had taken the substance during pregnancy had signs of asthma. The symptoms surfaced when they were 3 to 6 years old.

The authors have a theory that this is due to the increase of oxidative stress that this medicine causes. As a result, the body has difficulty to release toxins which is why the risk of asthma increases. 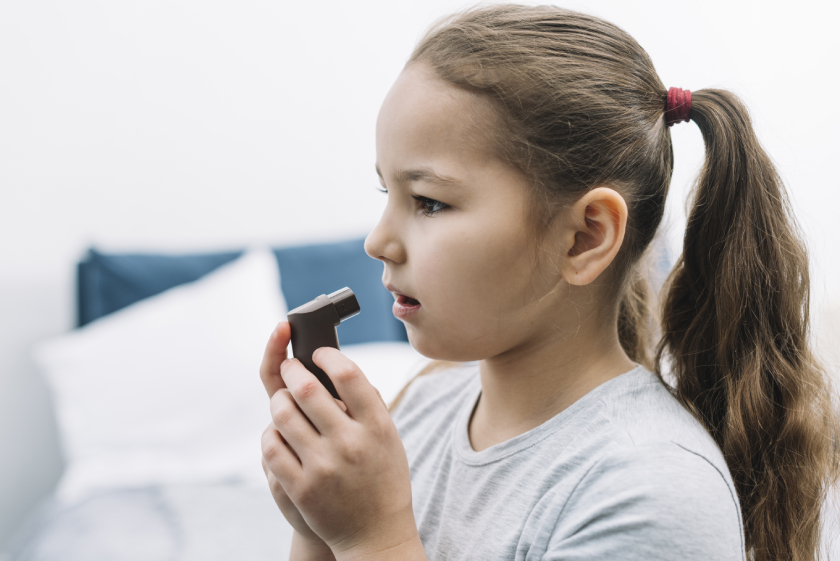 The third trimester of pregnancy is a crucial time for the baby’s brain development and growth. So, it doesn’t come as a surprise that the scientists found the most significant connections to behavioral problems in children when acetaminophen was taken during this period.

The children whose moms took paracetamol while expecting are at risk for abnormal brain development. As a result, they are 30% more likely to suffer from hyperactivity. Also, they’re 40% more prone to problems in behavior.

Short-Term Use Is Safe

Now, is tylenol safe during pregnancy?

The studies do not show any effects on the baby’s health if the medicine is taken only a few times and in low doses. However, six tablets are enough to increase the chance of your child developing health issues.

So, the right question is how much tylenol is safe during pregnancy.

Persistent and intense pain in expecting mothers can cause many health problems. These include high blood pressure, anxiety, and depression. The conditions listed are not only bad for the mother but also impact the baby’s health.

So, you are expecting and have a fever or are suffering from a migraine. The good news is you can still use paracetamol. Just make sure to use the lowest effective dosage for the shortest time.

And, of course, if the pain persists, you should consult your doctor.

How Can You Ease Pain Without Medication?

Here’s what you can do for relief before reaching out to tylenol for pregnancy aches:

– sitting in a chair with good back support,

– an anti-inflammatory diet, and

If you have a fever, this is how you can reduce it without any medication:

– place a cold, damp towel on your forehead,

– get plenty of rest, and

– stay indoors, or in the shade.

You must be asking yourself can i take tylenol while pregnant?

The answer is you should carefully weigh the risks and benefits of using pain medication.

Using OTC meds will help you get rid of the pain for a short while. But it can also harm your baby, especially in the early stages of pregnancy.

On the other hand, aching while pregnant is not safe either. It can lead to high blood pressure, depression and anxiety, which can also impact your child’s health.