A lot of women remain unsure of how to take notice of the very first symptoms of pregnancy. Though the symptoms will inevitably vary among women, they will have similarities which occur in the first couple of weeks. For some women, the first signs appear as early as two weeks after they’ve conceived.

What are some of the early signs of pregnancy? Rapid hormonal changes characterize the stage of pregnancy. Women report going through an array of both physical and emotional changes during their first trimester.

Though individual experiences may vary based on the intensity and duration of symptoms, the usual physical indicators are missed periods, feelings of nausea, tender breasts, and cramps. Other possible symptoms are cravings, lack of energy, constipation, etc. The psychological signs include strong emotional shifts, as well as just ‘feeling’ that you are with child.

It is helpful to have all the information beforehand and learn how to follow your symptoms on time. Read our text below and find out what symptoms can reveal a pregnancy at its first stages.

When you are pregnant your periods cease to come properly. Though this symptom is pretty accurate, it is difficult to make a conclusion upon it. Some women experience irregular cycles as is, therefore missing one or two periods might not be a proper indicator for them. Pay attention to the missed period and nausea, as these can be the signs of early pregnancy.

The best way to know for sure is to track your cycle and ovulation diligently. This way you will always know when you are fertile and have an increased chance of conceiving.

A large number of women report light spotting a week or two after conception. Some experts regard this as the proper first sign of pregnancy. It is considered to be the earliest indication of successful fertilization.

It is easily distinguished from period spotting as it is different in color and texture.

Cramps in the abdominal area are not uncommon during the first few weeks of pregnancy. They are described as very similar to menstrual cramps.

On the other hand, there are cramps caused by a change in how the body processes calcium. These cramps will occur not in the abdomen but rather in your feet or legs.

This symptom appears at different stages of the pregnancy. Despite individual variations, for most women nausea or morning sickness will occur early on. There are two main causes for this condition: increased sense of smell and high levels of estrogen.

During pregnancy, the body produces a lot of estrogen at a rapid pace. High levels of estrogen slow down the natural digestion process, so the body is urged to empty the stomach even if it is in reverse.

Swollen breasts typically indicate a hormonal change in the body. Breasts which feel heavier or plumper than usual will appear in the first couple of weeks of the pregnancy. This feeling can be accompanied by sensitive skin but is not experienced by all women.

Many women reported inexplicable fatigue during the first month of their pregnancy which is to be expected. Women’s bodies need time to get accustomed to the rapid hormonal changes which occur during pregnancy.

The main culprit behind this tiredness is the progesterone. The female body produces high levels of this hormone throughout the pregnancy as well as after it. While the level of progesterone is skyrocketing the body needs a couple of weeks to regain a healthy balance of sugar levels, blood pressure, and energy.

Food cravings are indicative of significant changes in the body. You might find yourself uncontrollably drawn to fish, sweets, or food that tastes sour. Some women experience an aversion to certain foods containing trans-fat and caffeine.

Frequent mood swings are expected of pregnant women because their bodies go through a whirlwind of change. The hormonal changes will affect them not only physically but also emotionally. Emotions that are unpredictable and stronger than usual are typical for the first trimester. 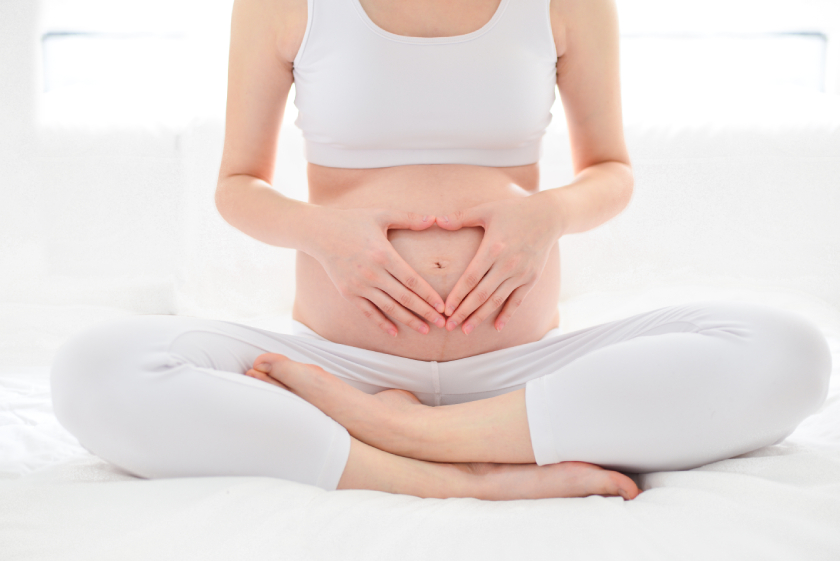 A raised body temperature will probably occur early in the morning in the first two weeks of after conception. Body temperature is typically higher in women who are ovulating. Once they are impregnated the body usually retains the higher temperature for a couple of weeks.

Some women feel these changes more intensely and would be more inclined to call them ‘hot flashes’ rather than raised body temperature.

Blood pressure can oscillate when you are carrying a baby which is why some women feel lightheaded. Though dizziness in itself is not indicative enough, you can take a test to be sure or wait for some other symptoms to occur.

Headaches are common for some pregnant women. They are caused by different reasons such as hormones, dehydration, or low blood pressure. Again, because they cannot be indicative enough on their own, it is advisable to take a test or rely on other more significant symptoms.

This symptom is not as common as other physical signs. Nevertheless, it can indicate a rise in progesterone and estrogen levels in the body. The two hormones slow down natural processes, including passing food through the body. So, if you were wondering is weight gain a sign of pregnancy, we could say that it is very possible.

You might experience an unusual stiffness in the lower back in the first couple of months. This is a signal that your body is adjusting to the changes and making room for the growing baby.

Fortunately, most women will experience some if not all of these symptoms in the first month of their pregnancy. On the flip side, some women may not notice any signs especially if they are not intense enough to raise suspicion.

Pay attention to changes in your body, like swollen breasts, cramps, or morning sickness, as well as, frequent mood swings and fatigue. Although, these signs might come a little later, make sure you take notice of any food cravings or intolerance to certain odors.

If you hope to be with child, make sure you mark your cycle diligently and follow your symptoms attentively. Other than that, you can rely on tests and, of course, your doctor as the best source of information on the issue.

Are Walkers Bad For Babies?